It's also a branding snafu.  Microsoft has confused the masses with their product names, so we're going to clarify the varied and valuable services referred to as Office 365.

Office 365 is the name of the software as a subscription service Microsoft is moving to. It is not the name of any particular piece of software, as is commonly mistaken.

In the past, the naming convention of Office software was simple. Office 2007, Office 2010, Office 2013, etc. Microsoft has continued this trend, and the current incarnation is Office 2016. You can purchase Office 2016 as a standalone product with a onetime purchase, but Microsoft’s future plan is to eliminate this model and push everyone into the subscription path.

With the subscription path, their development team will move away from a bi-annual release of a major suite upgrade, and instead constantly release improvements and upgrades as soon as they are available. Clients get the always up to date version and the development team no longer has to focus on showy releases, but rather on continual improvement. Clients also get dead simple license management which is very handy for staff turnover and reassignment of assets, or for transferring licenses when aging equipment dies.

During this transition, Microsoft is maintaining both iterations of the platform -standalone Office 2016 and Office 365 subscription. And so, when when you subscribe to Office 365, you are really getting Office 2016 with regular updates/upgrades, and with cloud sync and backup.

What is the difference between Office 365 Home and Office 365 Business?

Office 365 Business is a different beast entirely. It is a suite of back office servers that provide the type of functionality that used to require an in-house small business server. These are:

And to further confuse matters, you can get an addon to the Office 365 business backend tools that give you the Microsoft Office software suite mentioned previously (Office 2016). This is called Office 365 Business PREMIUM.

You are not alone. When I propose to a company that they invest in Office 365 Business for their collaboration suite, they counter with “We already upgraded our office software last year.” or "We already have Word." Most people don't realize the powerful small business tools and servers available through an Office 365 Business subscription.

I do hope Microsoft considers changing the name of Office 365 Business to “Office Server Online” or “Business Server 365” and keep the Office 365 moniker for the Office software suite itself. Any improvements to the confusing names would be welcome.

Still confused? Work with a trusted IT consultant to help you determine your needs.

Toronto Microsoft Consulting Services: TUCU is Tech U Can Use, and that's what we deliver. We help SMB's with all their technology needs including Azure Cloud Solutions and Microsoft 365 solutions. Schedule your free consultation so we can discuss your needs and how we can help you. 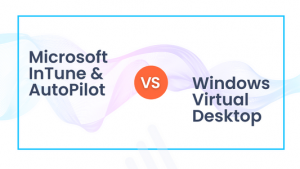 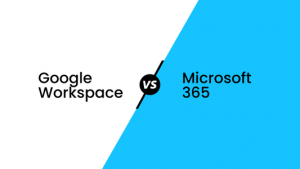 Our Toronto IT Support Team is here for you.

Schedule a Discovery Call for options.